Robinsons Place Palawan, the 31st in the Robinsons Malls chain, is the first full service mall in Palawan to cater to both residents and tourists visiting the country's top eco-recreation destination. Only 15 minutes away from the bus station, airport and seaport of Puerto Princesa, the mall is also very proximate to the public markets, the provincial capitol, city hall and the state university. The 16 hectare mall is en route to popular tourist attractions like Butterfly Garden, Honda Bay, Crocodile Farm, Salakot waterfall and the Puerto Princesa Underground River making it a convenient stop-over for tourists to load up on food and supplies, and to unwind after a hectic day. Being the only full-service mall on the island, Robinsons Place Palawan will cater not only to the residents of Puerto Princesa City but also those of neighboring towns like Aborlan, Narra, and Espanola in the south, as well as Roxas and San Vicente in the north. The two-story mall is anchored by Robinsons Supermarket, Robinsons Department Store, Handyman, Robinsons Appliances, Robinsons Bank and Saizen. It houses a 300-seat food court, al fresco dining outlets, fashion boutiques, specialty shops, banks, an amusement center, service outlets and cellphone and gadget shops. Robinsons Place Palawan also features four cinemas, including a 3D cinema - one of its most awaited attractions. For the first time in a long while, Palawenos can now watch movies in the comforts of a movie theater.

Individuals ages 18-65 years old are allowed inside the mall.

Shop for your favorites and stock up on your essentials daily this new year at Robinsons Place Palawan!


Thank you for your continued support and we hope for everyone's safety during these times. 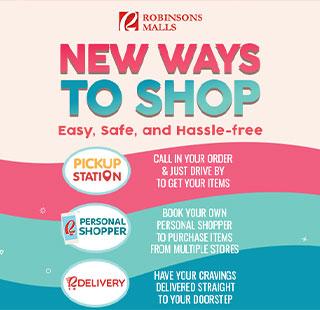 Shopping will never be the same with 3 NEW WAYS to shop at Robinsons Malls! 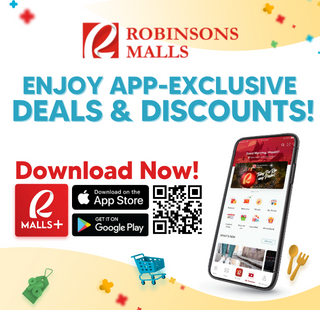